How To Choose A Sports Bra To Match Your Own Cup And Style?

How to choose a sports bra? For running girls, if there is something as important as running shoes, it is probably sports bra! 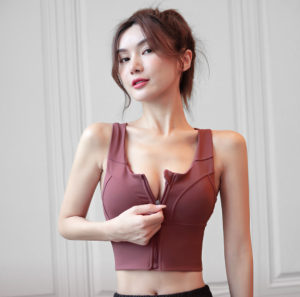 How To Choose A Sports Bra?

1, Match Your Own Cup

According to feedback from some clients, compared with ordinary underwear, the bottom size of general sports underwear is one size smaller, and the cup remains the same. Sometimes it is also suitable to buy a smaller bottom size and cup. For example, if ordinary domestic underwear is 34C, then sports underwear should be 32C. Even many girls think that 32B is actually okay. In addition to a little chest compression, it is within a tolerable range. It varies from person to person. It is recommended to try before starting. 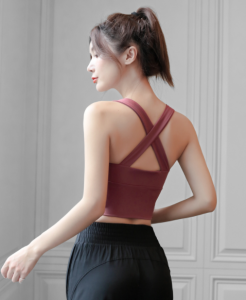 2, According To Exercise Intensity

How to choose a sports bra? Some girls do yoga and do exercises, and some skip rope and play ball. More and more people are running. Different intensities of exercise have different requirements for seamless sports bra. The bra comfort and flexibility required for different impact levels and sports are also different. 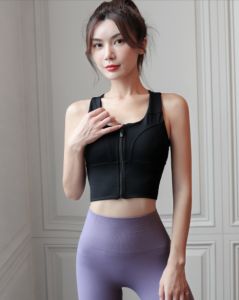 The relatively small exercise intensity means that the fixation requirements for the Sports Bra are correspondingly smaller. Generally, simple fixed bras can be selected. The simple fixing bra is fixed by a layer of elastic mesh fabric, which is a pressure type fixing. It is advisable to choose a product with a high cotton content to avoid pressure on the chest. 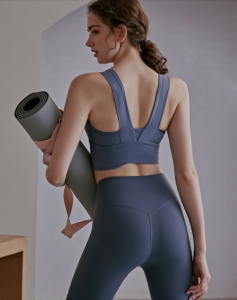 The chest shaking is the most intense during high-intensity exercise, and the support and fixation requirements for sports underwear are the highest. It requires both good fixation and no obvious discomfort and pressure on the chest. 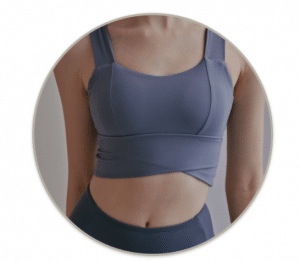 How To Choose The Style Of Sports Underwear?

How To Choose A Sports Bra: Design From The Back

From the perspective of the back design, it can be roughly divided into two shoulder strap custom sports bra and I-shaped sports bra.

This kind of sports underwear looks similar to ordinary underwear, with medium fixity, suitable for women with A～C cups for low- and medium-intensity exercise. Although it is wider than the bra straps and bust that I wear daily, and the steel ring is also remove. I personally feel that the comfort is still a bit worse. 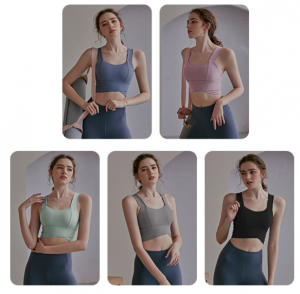 The one-piece cross or Y-shaped design can prevent the shoulder straps from sliding, and the widened shoulder straps can withstand the impact of running, which will transfer the pressure from the sensitive shoulders and chest to the back and underarms. This kind of sports underwear has good stability, which is a boon for the busty female compatriots with medium and high exercise intensity. Personally recommend this style of underwear, but it may be inconvenient to put on and take off. 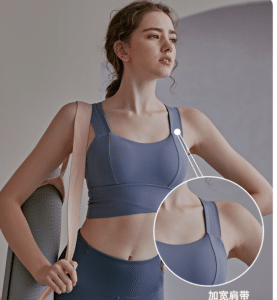 How To Choose A Sports Bra: Design From The Front

From the perspective of the front design, it can be divided into three types: simple one-piece bra, independent cup bra, and special structure bra.

One piece bra is the simplest type of sports bra, suitable for women with A-C cups for low- and medium-intensity exercise. For smaller breasts, you can buy the simplest one. For those with a slightly larger breast, you can choose a one-piece style with a separate cup inside. 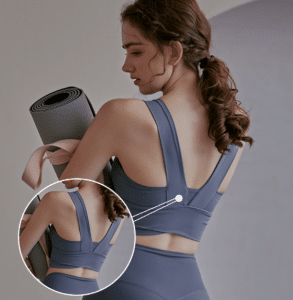 The independent cup bra wraps and supports each of your breasts through a separate cup, which reduces shaking like a bra that is usually used. This type is more suitable for women with large cups. 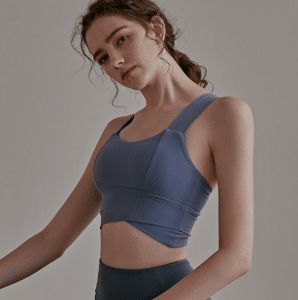 This type of bra combines the first two styles and has the strongest fixation. The main feature is a large row of hooks on the chest or behind the chest. Generally, there are special steel brackets for better support. The type is most suitable for women with C and D cups doing high-intensity exercise.

How to choose a sports bra? To sum up, the more intense the exercise, the larger the CUP, and the higher the support requirements for sports underwear!

Facebook
Tweet
Pin
LinkedIn
Email
PrevPrev8 Tips To Choose A Sports Bra
NextIs It Necessary To Wear Leggings Inside And Sports Shorts Outside During Exercise?Next