Is It Better to Wear Tights or Slacks for Running?

What Should We Wear for Outdoor Running in Winter?

Why Do You Wear Compressed Tights for Running?

Is It Necessary to Wear Sports Bra during Activities?

How to Wear Sportswear Elegantly?

Features of A Good Training Suit

Leggings Wholesale USA – Why Do Women Wear Leggings In The United States?

Leggings/ Yoga Pants Are Very Popular In The United States

American women must be the women who like to wear America leggings the most in the world. When you come to America, you will find tight leggings all over the airport or on the street. If you look at it by Chinese standards, it is equivalent to wearing tight long trousers. Most of the America leggings are worn by young girls.

All the leggings tightly wrap the body from the hips down, twisting curves all over the street, and hips of various sizes, always reminding me(a Chinese) that this is the United States. 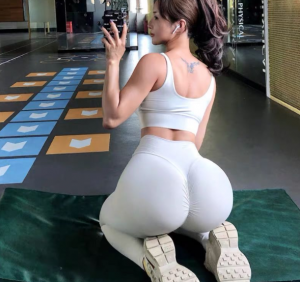 If you look closely, you will find that America leggings that look similar, but actually have different uses. The two most common leggings are sports pants and boot pants. Chinese girls have somewhat followed the fashion of wearing leggings and boots, so that’s not unusual. And so tight-fitting sports/yoga pants is indeed an American feature. Running and yoga, the two most popular sports, are generally in the mainstream of wearing tight pants. 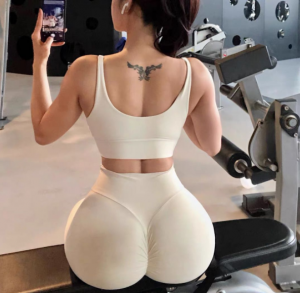 For these two exercises, it seems that it is not necessary to wear tight pants to have the best exercise effect. Running shorts is best, while yoga is best loose trousers. Originally tight-fitting sports pants does not necessarily change the dressing style of a country, but Americans still have a tradition of wearing sportswear on various occasions, so tight pants and tennis shoes are now a popular match on the streets of the United States. 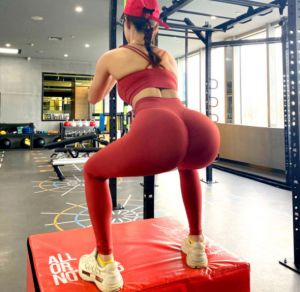 In the parks and waterfronts of big cities such as San Francisco and New York, if you look at the crowds running from morning to night, you will soon discover another fact that most women seem to wear clothing with a brand symbol like Ω. This once aroused my great interest. Nike shoes have been popular in China for decades. I thought that all the famous brands have already arrived in China. Why have I never seen such popular sportswear? 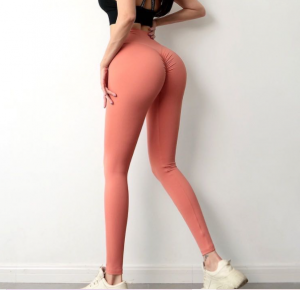 Later, I ran into this brand on the street myself, and realized that its name is “Lululemon”, a very peculiar name, neither concise nor meaningful. I tried on Lululemon’s sweatpants, and I immediately liked them. They are elastic and soft, close to the body but not bound to the body.

Although there are only 4 or 5 versions, each price is 100 US dollars. This brand relies on its fabrics and functions. It satisfies American women’s sexy, healthy, practical and comfortable aesthetics, and has successfully become a leading brand of high-end running and yoga wear in a few years. 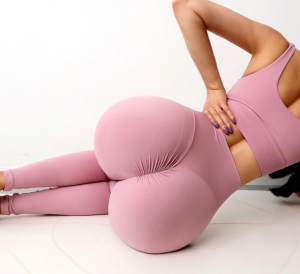 I saw a lot of things in the wholesale seamless leggings of American women. Here, people’s views on beauty are simple and direct. Curves, muscles, lines, and sexy women must have all of these. This is not in the same latitude as the obscure and implicit beauty in Eastern culture. American women are not under the pressure to be judged. What they wear here is their own business. It is very uncultivated behavior to criticize other people’s figures and clothes. 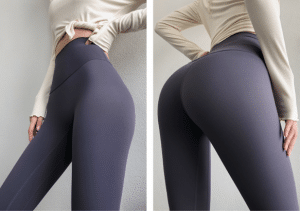 It doesn’t matter how thin your waist is or how thick your legs are. Keep your chest up, and walk down the street in a stride, no one will stare at you. In China, beauty as capital is publicly judged. Among the many “political correctness” standards of speech in the United States, public evaluation of a woman’s body is a major taboo.

Correspondingly, in private life, it is always correct and a bonus for men to praise women for beauty. Americans’ pragmatic outlook on life makes them dress very differently from Europeans. According to European standards, most Americans are “ragged”. If you haven’t learned how to wear sportswear out of season in cafes, restaurants, and streets, you have not yet integrated into American city life. 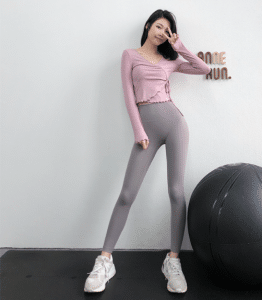 I once interviewed the staff of Lululemon and knew that they had several retail stores in Japan, and they closed down after a few years. There seems to be a retail store in Hong Kong, but in the Asian market, it does not seem to have opened up sales.

Whenever I go for a run and see beautiful women in motion on the street, I can’t help but sigh that their beauty is so different from that of Chinese people. I have been taught since childhood that women have to distinguish their masculine beauty from men, only to express their own yin and weakness. And this country has given me such a different fact, which makes me happily accept my own nature and my own beauty. 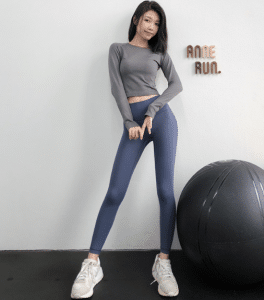 I talked to my psychiatrist the other day about this topic. I seemed to be wrong since I was a child. People always tell me that I should be quiet and look like a girl, but my nature can’t become what adults ask for.

Being punished and scolded, I have almost accepted it, and something went wrong when I was born. Even my father said to me that God must have forgotten to give me a little dick when he created me.

Hearing this, I didn’t seem to be too uncomfortable, and I thought his humor was very creative. A flash of shock flashed in my 60-year-old psychiatrist’s eyes. She asked me if I knew two words, syntonic and dystonic. Of course I don’t know, but I went home and looked up the dictionary. There is only an English explanation in the dictionary, and Chinese only has an explanation of the previous word, which is called resonance. This explanation is a bit out of focus.